Are Scientists on the Verge of Eradicating Lyme Disease? 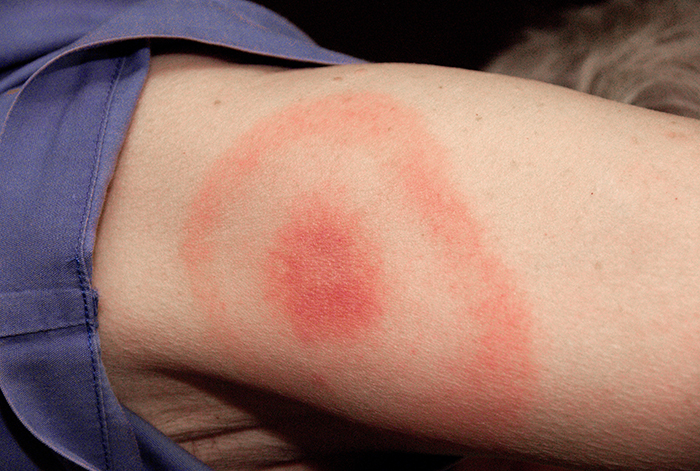 Good news! A chemical compound called hygromycin A has been shown to be incredibly effective against Lyme disease-causing bacteria, yet completely harmless to animals at even high doses.

Lyme disease is caused by a bacteria called Borrelia burgdorferi which resides in mice and transported by ticks to animals and humans. Presently a Lyme infection is treated with traditional antibiotics such as doxycycline - a relatively effective but imprecise treatment that also kills gut bacteria in the host, and who's overuse could lead to antibiotic resistance.

Enter hygromycin A, a compound that was studied in the 1980s for treatment against pig disease but was abandoned for that purpose shortly after. Professor Kim Lewis at Northeastern University has re-examined hygromycin A and found that it is harmless to most bacteria but aggressively fatal to Borrelia burgdorferi, while also being "unusually safe" to animals in even large doses.

For now the compound has only been tested in animals, a huge market for Lyme's treatments, but is expected to be tested in humans by a company called FlightPath which has already filed to study the compound in the US.

Even more exciting is the potential for the compound to eradicate Lyme Disease altogether. An idea to drop bait food for mice in areas with high concentrations of Lyme Disease could actually treat the disease at its source. A trial of this kind was already done with doxycycline, and although successful was abandoned because of the potential for antibiotic resistance in the mice. According to Lewis it is incredibly difficult for B. burgdorferi to gain resistance to hygromycin because the compound enters the bacteria the same way nutrients do, making it impossible to cutoff the entry.